You are here: Home / Written Ministry / Online Books / Our Man In Heaven: An Exposition of the Epistle to the Hebrews

Unfortunately, the Epistle to the Hebrews is little studied and much neglected in many circles. Yet it contains one of the most powerful gospel messages of any New Testament book. In this verse-by-verse exposition of the Epistle to the Hebrews, free online but now out of print, Edward shows how the unknown author glorifies the sacrifice and priestly ministry of Jesus Christ for sinners. Contains a foreword by one of Edward’s mentors, the late Professor F. F. Bruce of the University of Manchester, England. 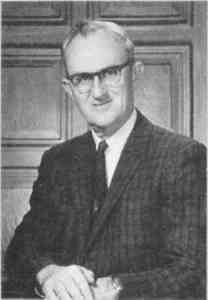 TO THE MEMORY OF

father in the flesh

brother in the faith

“These all died in faith, not having received the Promises, but having seen them afar off, and were persuaded of them, and embraced them, and confessed that they were strangers and pilgrims on the earth…. Wherefore God is not ashamed to be called their God: for he hath prepared for them a city.”

Exposition of the Text

The previous commentary, Our Man In Heaven, based on the King James Version, was last published in 1974. Thirty-five years later, Edward’s second commentary on Hebrews was published — Hebrews: Ancient Encouragement for Believers Today.

This new commentary for the 21st century bridges the gap between the highest levels of academic scholarship and the everyday life of faith and struggle as lived by most believers. It uses a majority English text created just for this book.

For more information about this new commentary, endorsed by 36 Bible scholars and church leaders across a broad theological spectrum and from several countries, click here.